6 months later, and I’m still using Evernote, still for capturing reading highlights, from physical books using OCR apps like Prizmo before switching to TextGrabber. The latter has superior Evernote integration, though I did write feedback to the developers of the former, and they responded positively. Taking a picture of a page and correcting the errors is still less painstaking than typing in a lengthy quote from a book, but it still looks weird, even in 2015.
The only—quite compelling—reason I would consider going electronic-only is that I can wash any food I happen to be eating while reading. Even that said, I so much prefer reading books in paper form than electronic. Just to put that to the test, on Prime Day, I bought a Kindle for $30 off the regular price. There should be enough ebooks in my backlog to read to make it already worth it. Maybe one day Amazon will grace us Canadians with the lending library.
Amazon won’t deliver my unit until August, so in the meantime I’m reading up on syncing Kindle highlights with Evernote (info current as of 2014) and converting from ePub to Kindle formats (info current as of 2010) and thinking of a workflow to get the ones I want to share on my Tumblr, just using my iPhone if possible. The most recent quote from a book comes from Becoming Steve by Brent Schlender and Rick Tetzeli, and a longer one from A Constellation of Vital Phenomena by Anthoy Marra is in the pipeline.
I initially chose Evernote to store reading highlights because the was a third-party service that would look at the content of the note and suggest around the web, make notes inside Evernote, and annotate the original note (the highlight) with links to the suggested content. That tiny startup’s product is no longer with us, though a server they forgot to turn off does email me occasionally to say my language isn’t supported.

Evernote Should Have Been an OS

Jon Mitchell goes deep on finding the perfect notes app, and details his love affair and falling out with Evernote.

There was a time when I was really fired up about Evernote, I took the app at its word and crammed everything I had into it, from audio files to contacts to PDFs to clipped web pages to photo albums. My text notes often expanded to be hundreds of words long. I was basically using Evernote as a word processor and a file system, kind of like Google Drive, rather than a notes app, a starting point. The app encouraged me to do so, and I paid a substantial annual fee to unlock its full power.

But Evernote’s insistence on treating “everything you’ll do" as a note forced all kinds of compromises. The interface was so crowded that I couldn’t find a comfortable way to organize it. First it failed slowly, forcing me to backpedal on specific use cases. Then it failed all at once when the company resorted to frequent, utterly unrecognizable, ground-up redesigns at a frantic pace, presumably in order to whip its business into shape.

There’s more about Evernote in his article, but I was particularly intrigued by this idea:

Evernote should have been an OS. They should have forked Android a long time ago, and they should have been making Evernote Phones by now. If you ask me, the only way for a notes app to become a 100-year company, which Evernote CEO Phil Libin often loudly aspires to build, is for it to be the very fabric of starting things on any device.

It got me thinking of what other emerging app that sometimes threaten to bloat but also depends and encourages integrations with 3rd-party services and software. Slack, with its ecosystem of integrations, both official and unofficial, comes to mind.

Still Using Evernote and Everything Else

Despite attempts to get my data out of Evernote and switch to a file-system based note-taking workflow with a Dropbox back-end, I ended up landing on using...every system imaginable. I use the iOS Notes a lot because the app has come a really long way, and like the file-system way for some thing and cloud-based tools for other things. Evernote has a great ecosystem but there are times I want to just something else.
My main use for Evernote in the last month has been to take notes on novels read for my book club. I'm jotting down places and books mentioned in Americanah by Chimamanda Ngozi Adichie for later research and reading. I also have my Instapaper highlights syncing over using the same workflow as Diana Kimball's Digital Commonplace Book System. Clippings.io looks interesting. I miss Findings.com, which enabled sharing of highlights and even showed you the highlights by others from the same source. I held out hope that Betaworks would integrate it with Instapaper directly, even if I am grateful for the latter's highlight feature. Context Boost is still interesting if a little mysterious, more so since Evernote has their own context boosting feature.
In the end I don't care which tool I use so I use all of them. Almost all of the notes I make are for other people, they my notes almost always go into the tool they're most comfortable with at the time.

Evidently encryption is only supported on the desktop clients (confirmed) but only decryption is supported on iPad/iPhone/web (unconfirmed). To my surprise you can encrypt a portion of a note.

Postach.io's and Evernote's interests are aligned

Using TextMate 2 and Markdown with Evernote: Configuring a Workflow

Tim posted an update with some links to some Evernote AppleScripts. He has since moved to Sublime Edit and has a workflow for using it with Evernote.

Way more than I thought there would be. I voted for Context Booster and Postach.io.

Shows off (not in real time) a web app that adds context to your existing Evernote notes.

Context Booster for Evernote from The Otherland Group on Vimeo. 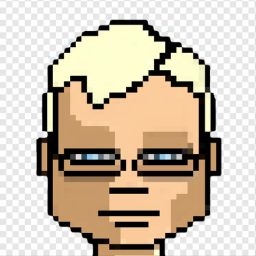